Mammon of the Dire Wolves is too good of a soldier to go against orders. But obsession has a way of breaking you down, and even a shifter as disciplined as he has trouble going with the grain when there’s a fated connection dragging him the other way. Too bad that connection is to a woman he sees as his enemy.

Charmeine was brought up in luxury and wealth as the ward of a shifter businessman, even if that business wasn’t quite the legal kind. Money can’t stop hate, though, a fact proven by a ruthless band of shifters intent on destroying her family. Years of fighting—and losing—means she doesn’t trust strangers, especially not the one on the wrong side of the war the fates decided to tie her to.

One soldier breaking rules and ignoring orders, one princess dead set against falling for the enemy, and a group of killers with a single-minded focus on ending them both. For Dire Wolves, following a direct order from their leader should be as simple as breathing. But a single glance makes simple the harder choice and forces Mammon to risk his brotherhood to protect the mate he hates to love. 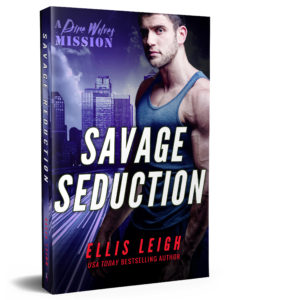