Dire Wolf Phego has a history. One that haunts him and holds him back in ways even he doesn’t want to admit. A mission for one of his brothers bring changes, though, and he’s going to have to figure out how to deal with his past if he’s ever going to have a future.

Michaela likes to be needed. As the doctor of her pack, she’s used to being called out at all hours to assist on everything from accidents to baby deliveries. When an old friend is the one calling, she’ll do anything to help, including putting up with a cranky, standoffish oaf of a man who can’t seem to make up his mind on what he wants from her…if anything.

One soldier fighting demons from his past and his present, one woman doing all she can to save those she cares about, and a shadow that inches closer every day. In the world of the Dire Wolves, time off from missions should be calm and easy. But when ghosts come calling, Phego will have to decide if hanging on to his past is worth giving up his future. 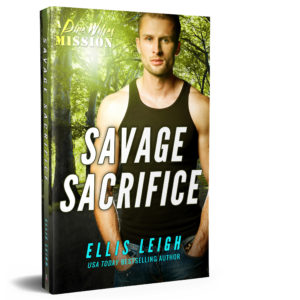