Dire Wolf Thaus preferred the silence, having spent most of his time alone as the weaponry expert of his pack. But a mission outside of his expertise will challenge him more than he ever expected and threaten more than just his life.

Some memories are too horrific to forget. When Ariel’s fragile balance is upended, she’ll do whatever it takes to stay alive. Including running off with a man who scares her almost as much as he intrigues her.

An unexpected hero and a woman with scars deeper than one can see crash together on a mountainside fraught with its own dangers. In the world of the Dire Wolves, an Omega shewolf is a blessing none of them deserves. But when an angel sings his name, Thaus will go to hell and back to keep her safe and at his side. 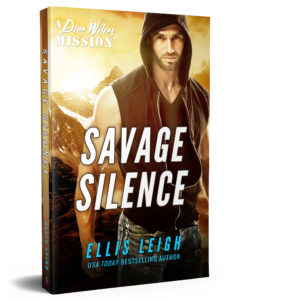