A standalone story of polar bear shifters and psychics sure to scratch your fated-mate itch!

Polar bear shifter Kian Prescott hasn’t slept a wink. Not because of the stress of his life in northern Alaska but because of a nightly visitor he can’t get off his mind. A woman has been infiltrating his dreams, silent, sexy, and downright infuriating since he can’t put his finger—or his paw—on why he and his bear have become obsessed with her.

Nyla MacDonald knows her place in her psychic clan. She’s the weak link, the broken member of the powerful community outside Deals Gap. But when her mating call begins, when delusions tear apart what she thinks of as reality, Nyla must push herself to the limits of her ability to find her true mate, the one man who can save her sanity and her life.

As one world crosses a continent to reach out to another, two kindred souls must find the means to communicate, entrust their deepest secrets in one another, and defy clan law if they are to have a shot at a future. If Nyla can risk trusting the heart of a stranger and Kian can put faith in his visions, they just might have their dreams come true—or die trying. 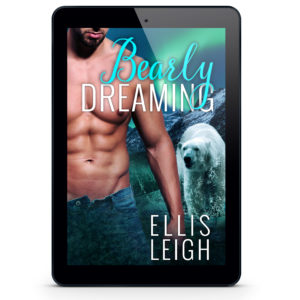