Dragons don’t play well with others…

Dragon-shifter Piers has been fighting at The Pack House—an underground MMA-style fight ring for shifters—for months. He’s bested every opponent, won every prize, except the attention of the hot female doctor he can’t get off his mind.

Doctor Jane patches up shifters to keep her father safe, a fate not of her choosing. She’d be okay with her lot in life if it weren’t for the handsome dragon shifter with the charming smile she can’t stop thinking about.

When another dragon claims Jane as his mate, Piers will have to fight to the death to save her from a fate she didn’t choose. But the biggest obstacle in his way isn’t the fire-breathing dragon set on claiming what isn’t his, but the doctor herself who might choose duty over everything else. Maybe even him.

Scales will fly, hisses will sound, and dragons will take to the sky, but only one will end up with the ultimate prize: love. 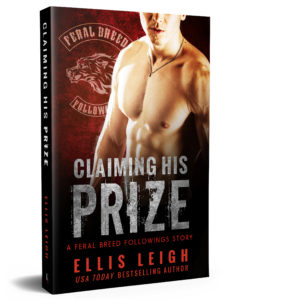 You're viewing: Claiming His Prize Paperback $12.50
Add to cart